The most beloved disciple of Adi Guru Brahma Ji was born in Kalyug, in the name of Pujyapad Brahm Rishi Krishan Dutt Ji Maharaj and this soul was also known in the Treatayug as Shringi Rishi who performed the Putrashity Yagna of Maharaj Dushrath (Father of Bhagwan Rama). 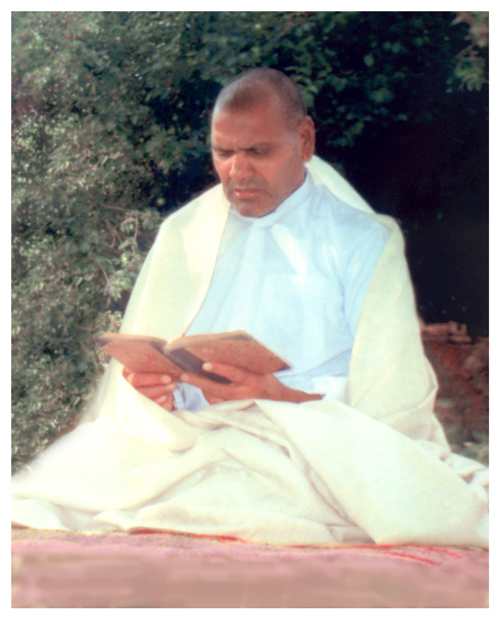 Pujyapad Gurudev Brahm Rishi Krishan Dutt Ji Maharaj was born on the 3rd day of Ashwin month in 1942, in the village Khurampur Salemabad District Meerut (U.P.) now falls under district Ghaziabad(U.P). Born to Shri Nanak Chand and Shirmati Sona Devi- in a poor and illiterate family, Brahmrishi Krishna Dutt Ji faced a tough childhood. When he was only 2 months old, his mother put him on the bed (in “Shava asana” – which is the pose where you lie flat on your back) and within no time his neck started moving from one side to another and the lips started quivering. Needless to say, the family was shocked to witness this. When the incident repeated itself, the family thought that the child was possessed by some evil spirits and sought the help of the local ojha (witch-doctor). As part of the “treatment” many physical tortures went on.

As the kid started growing up, the frequency of these incidents increased. Also his voice became clearer and whenever the child Brahmrishi would enter this state, one could hear the mantra-recital (in Sanskrit) and stories very clearly. The villagers absorbed this strange and unique phenomenon in their own individual ways.His father was very worried and concerned about this. At the age of 7 years, his father got him to start working as a domestic help with one of the farmers in the village. The child would take care of the cattle, do odd jobs around the house- all of which meant that he didnt have an opportunity for a formal education. Even there, whenever he would go into “shava asana” the discourses and stories would start.

Many a times the local village boys would forcefully put him down on his back to witness, what was for them only an amusement. Gradually the word spread even to the neighboring villages, and this boy was called for wedding and other functions, where his discourses became a means of entertainment. Like most other, even Brahm Rishi Krishna Dutt Ji used to consider this as an ailment, and he was made to undergo numerous treatments at the behest of his family members. Once after a discourse he got a terrible thrashing from his father and decided that its best to runaway to some place to get a treatment or even end his life. At the age of 15 years, little after mid-night, Brahm rishi left his family, his home , his village.

After leaving home, he went from one place to another. And after two months, he reached Village Barnawa which is situated at the confluence of Hindon and Krishna rivers. There he started his pravachans and yagyas and gradually the word about his discourses spread to nearby villages. With krishna Dutt Ji’s blessings, a yagnashala (a place for doing Yagna) was constructed at the Lakshagrah mound and the place was given the form of an ashram. From then on every year, there was a Yagna organized at the Barnawa ashram around the festivals of Shiv-Ratri / Holi. These Yagnas of all the four vedas are typically 8 days long and have been going on at the ashram with the continuous faith and support of people. Similarly on Raksha-bandhan and Krishna Duttji’s birthday, a Samveda Parayana Yagna is held every year.

In 1965, under his guidance, Gandhi Dham Samiti was formed to manage the Barnawa Ashram. In the ashram, a Sanskrit school was started, which imparts Vedic Knowledge to devoted students for free. As time passed, enough rooms, cow sheds, farming-land, tube-wells and other necessities got arranged. Currently, the ashram has 6 Yagnashalas where thousands of Vedic devotees gain from the Yagnas and Brahmrishi’s discourses.

Almost 150 students are undergoing their formal education the Vedic way at this school. The acharyas(graduates) of this school are organizing Yagnas in various parts of the country- thereby taking Brahmrishi’s knowledge with them.

Because of his growing popularity and the direct attack that his discourses did on religious narrow mindness and ignorance, Brahmrishi Krishnadutt ji Maharaj was attacked many a times. At one time, he was even given raw mercury in the guise of ayurvedic medicine which resulted in blisters all over his body and severely damaged his heart and lungs.

This seemingly simple man achieved a lot in his short life span – he organised more than 10000 Ved Parayana Yagnas and almost 35 Chaturved Brahma Parayana Yagnas at Lakshagrah. He moved from one place to another and brought the light of Vedic Knowledge through his discourses amongst the people, and many families started doing Daily Yagnas.

His simple nature, warmth and affection made him dear to everyone. Throughout his life, he made his best efforts to give the message of Vedas and Yagnas amongst the society. inspite of his ill-health. Finally, on 15th October 1992 he left his earthly body during the wee hours of the morning at the age of 50 years. Though he is not amongst us, but his knowledge imparted to us as Vedic Knowledge continues to inspire us to be better humans and citizens. 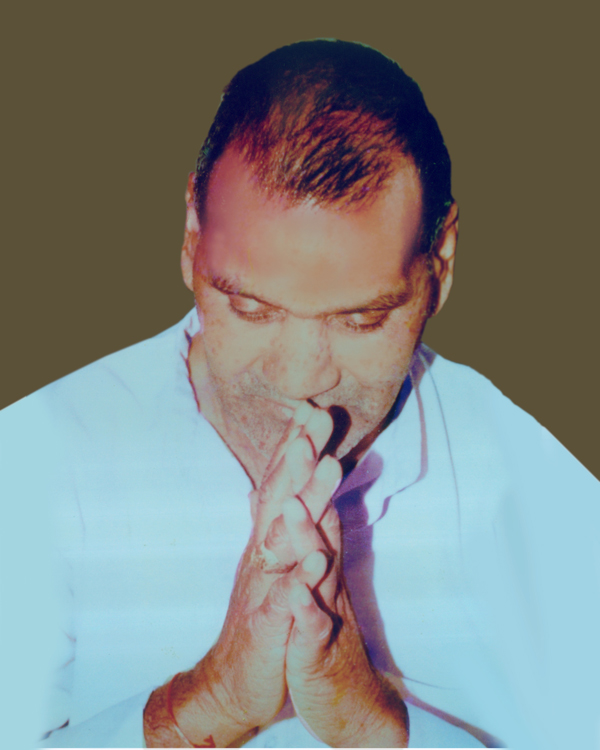 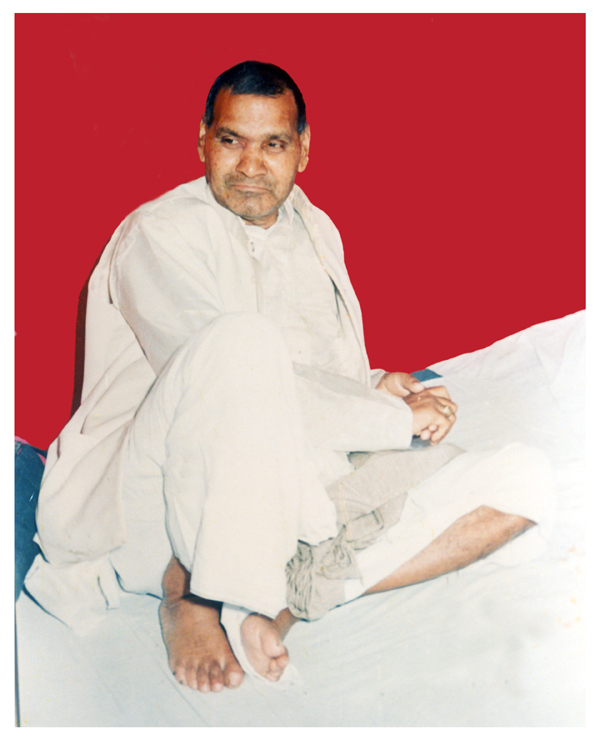 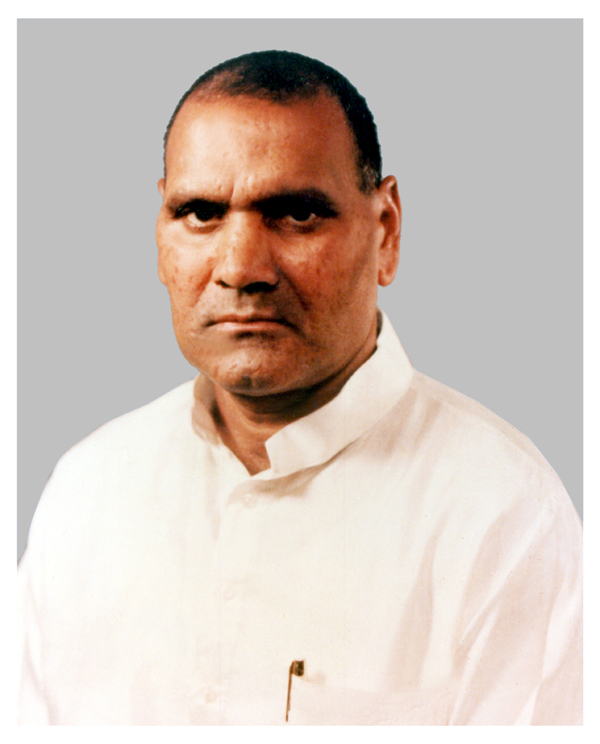